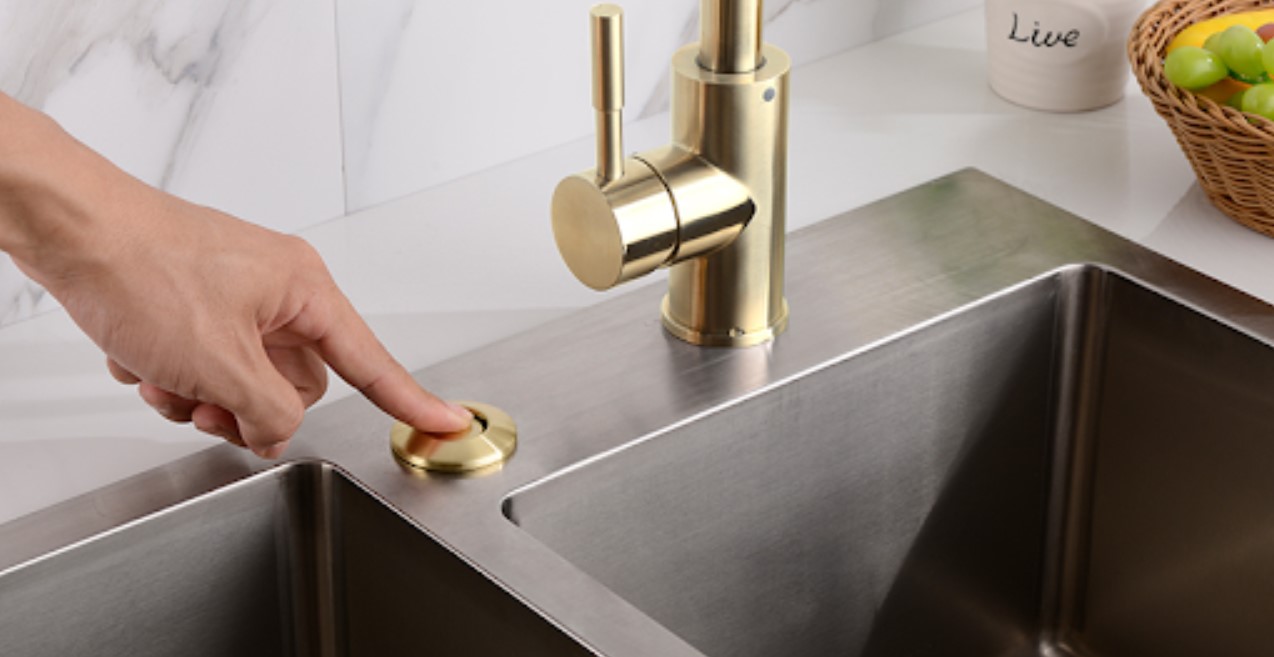 There are three types of garbage disposal switches;

Manufacturers invented the air switches to reduce the risk of electrocution because most times, your hands are wet when using the garbage disposal. Air switches are electrical-free appliances that turn your disposal on and off.

How does an air switch work?

When buying an air switch, make sure its push buttons are compatible with your garbage disposal; otherwise, it will not work.

Pros of an air switch

Cons of an air switch

These switches are also known as remote switches since you operate them using wireless remote control.

How does a wireless switch work?

Check this too: Kenmore Garbage Disposal How to & Troubleshooting Guide

Pros of a wireless switch

Cons of a wireless switch

How does the toe kick switch works?

Pros of a toe kick switch

Cons of a toe kick switch

Garbage disposal switches have to be installed within reach so that you can switch them on and off when using the sink. Air switches do not use an electric circuit; therefore, you can mount them on the kitchen counter, sink or wall mount. The wall mount is not very popular as someone can confuse it with a light switch. They come in different styles; therefore, they blend well with the kitchen decor.

It is best to mount a traditional wall switch on the wall above the sink. You should avoid a wet environment and reduce the risk of electrocution. Wireless switches use a push button or remote control. To avoid misplacing the wireless switch, you can attach it to the wall, sink, or kitchen counter because it is waterproof and therefore safe around water.

Manufacturers have designed toe kick switches to be installed along the cabinet’s bottom edge underneath the sink, where your foot rests when standing near the sink. Due to the risk of electrocution, the farther away from water contact you install the electrical switch, the safer it is.

Where is my garbage disposal switch?

The Indoor Haven is a participant in the Amazon Services LLC Associates Program, an affiliate advertising program designed to provide a means for sites to earn advertising fees by advertising and linking to Amazon.com. The Indoor Haven also participates in affiliate programs with Bluehost, Clickbank, CJ, ShareASale, and other sites. We are compensated for referring traffic and business to these companies.